Spent the day at a Rick Sammon seminar and now all pumped up on the photography front.  Linda and I have been following Rick for several years now ever since we found his Digital Photo Experience podcast.  That audio show is our go to entertainment on our long travels.  If you are a fan of photography (a likely assumption based on the fact you are reading my posts), I highly recommend caching their show both from the questions they get/answer and their numerous interviews with experts in the field.

Continuing the posts from the Ft. Myers trip, here is a set of those white angels that get to enjoy the wonderful weather down there on the gulf. 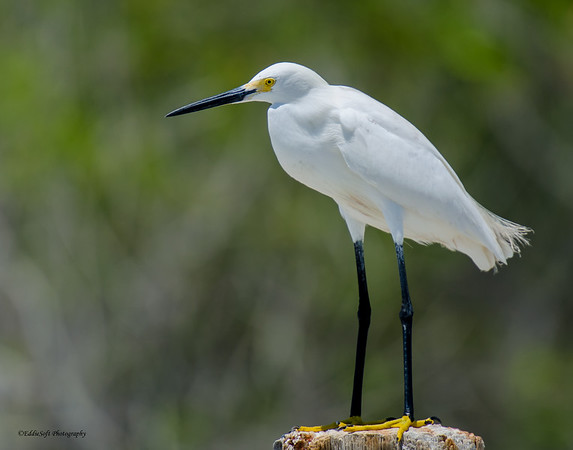 Figured it was time to finally put that previous image on display.  I’ve kept it close since it is a special entry in our EddieSoft Gallery.  That shot of the Snowy Egret earned me a first place finish AND a Best in Show at the 2013 Knox County Fair (link here).  If you know about the competition Linda and I have between ourselves, then you probably know that kept me from having to take the UB title that year! 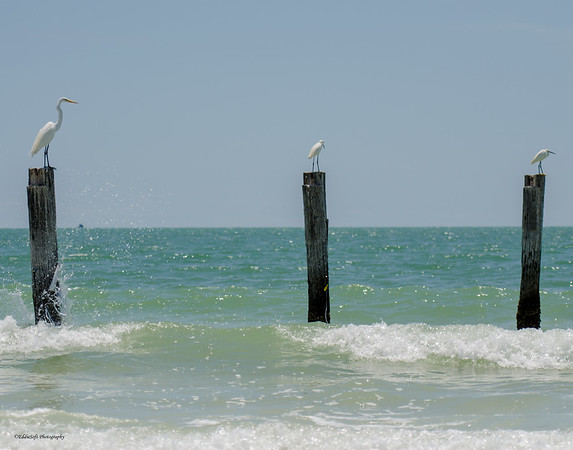 Hit the jump to see some more pictures of the Great and Snowy Egrets.

There was an abundance of the Snowy’s and Great Egrets all over the place at the Ft. Myer’s lagoon the day we were there.  Most of these shots came on the backside of the Lagoon on the gulf side.  You had to wade across a small pool of water that you could luckily see through – no way was I going to go wading in the murky Lagoon water itself – guessing some nasty water creatures call that place their home.

The shot above has a Great Egret in the front and two Snows further out.  I liked the composition of the three posts and the three birds – something I learned from Sammon today was that odd numbers are more preferable – apparently putting an even number of subjects in a competition will assuredly get you overlooked for accolades – good to know for the next UB competition.

Here is a closer look at that Great Egret. 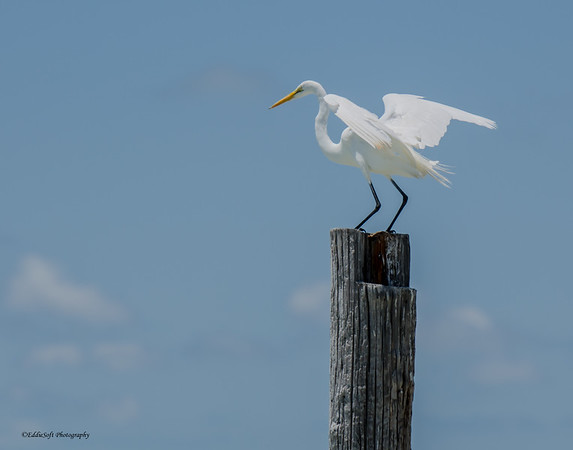 Pretty sure the next one is also a Great Egret.  The coloring under the eye is darker than I usually see out in the field, but the black feet distinguish it from the Snows.  I should mention these birds were hanging out in this particular area because there were a few fishermen in waders testing their luck in the waters by the pier.  When they caught something that wasn’t to their liking, they’d throw it towards the birds – one man’s disappointment is another bird’s sustenance! 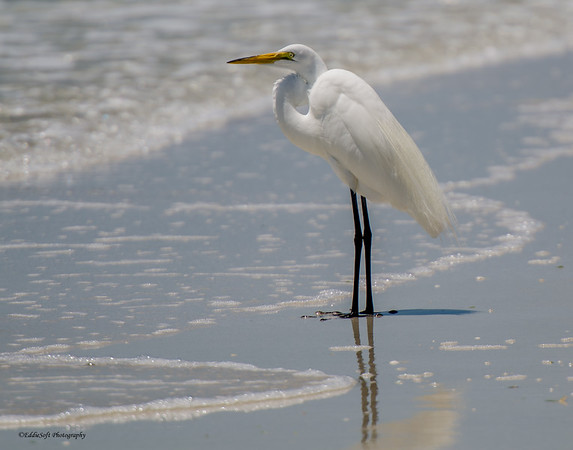 I really like this next shot, however, I wish I could have pulled a little more detail out of the feathering.  We were in some pretty harsh light, but could have pushed the shutter speed up just a bit to take some of the highlights out.  Shooting on manual, there wasn’t a lot of time for adjustments when it was spotted approaching the beach. 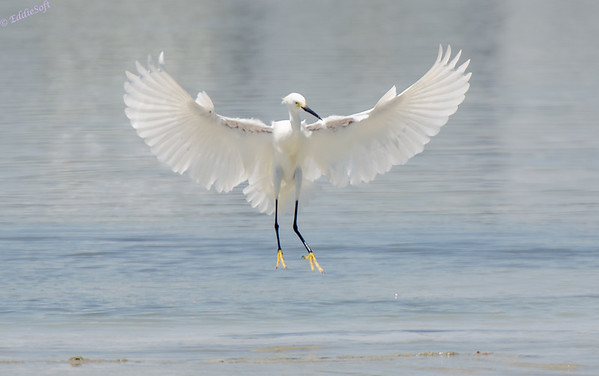 All I have for you tonight folks – been a long day and I need to get some Z’s.  If it stops raining enough I am hoping to get some more miles in – put in 33 in the last four days already!