Greetings everyone!  First off, our hearts and prayers go out to those impacted by the weather events in Texas.  Kind of shocking when you think it wasn’t too many months ago Linda and I were vacationing down in South Padre Island.  Every time I see someone walking in waist high water down there, all I can think of is the huge alligators we encountered while birding down there.  Hope to god the rain and flooding doesn’t bring those beasts up into the communities.  In no way glossing over the human impact that has resulted, but as a birder, it will be interesting to see how the birds handle this change in environment.  The SPI area was such a wonderful birding location it will be disappointing if that element doesn’t recover right alongside the lives and other wildlife already experiencing tragic displacement.  We will keep an eye on how things are going there.

For now, thought I would go with the following for today’s featured post: 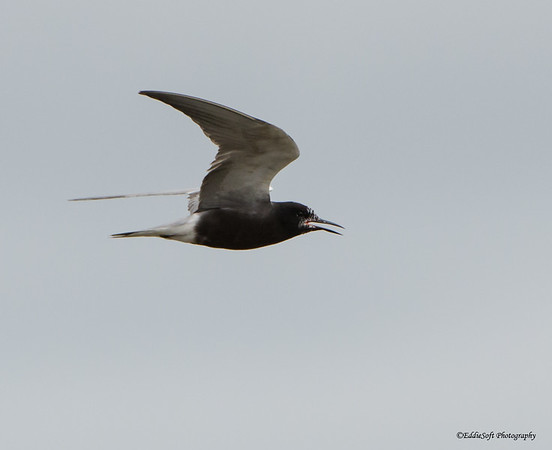 That dark and mysterious creature is referred to as a Black Tern.  This is not a new bird to the blog having first appeared back in July 2015 (link here).  If you recall, that encounter with the black arts took place at Goose Lake.  For the record, that was my first encounter with this bird having made my way up there thanks to an IBET post followed by a recommendation from my brother Ron who had made his way down there. 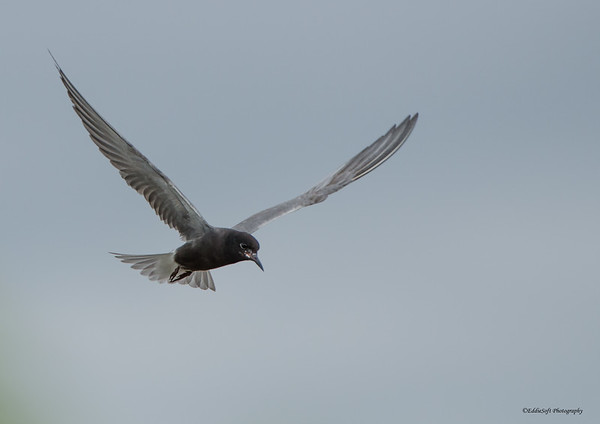 Hit the jump to see and read a bit more about this acrobatic sky hunter.

Since then, Ron and I also had the opportunity to shoot this species at Chain O’ Lakes near their boat docks.  We had a great time trying to track a Black Tern that was busy hunting the waters in the area.  It was also good practice for me trying to keep the heavy Beast on target as it rocketed past us.  I have not processed those pictures yet – I know I know, but hey, you have to appreciate the fact that most of the posts of late have at least been this year!  That practice put me in a better position when Linda and I had a third encounter with the Black Tern.  This particular set came from Sherburne National Wildlife Refuge. 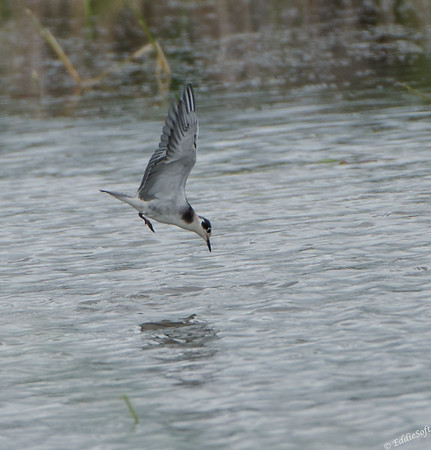 Can’t remember if I have posted on that particular spot yet – if not, there are ones in the queue!  On our way back from birding the coastline of Minnesota, we made our way down near Minneapolis.  Did a little surfing and located Sherburne based on a recommendation from a local birding organization.  We had time, it wasn’t that far, which, of course, are all secondary to the fact that it represented a new place to bird – off we went.  I will not dwell on the fact that Linda’s GPS was off that day.  One of the few times we managed to get lost trying to find the entrance to their auto-trail.  Some might be inclined to think this was due to me holding their map upside down.  I on the other hand see no correlation and thus unequivocally dismiss that flawed line of reasoning.

No worries, we eventually found the entrance.  Being the first time there, we really did not know what to expect.  We stopped off at an early pull off in order to walk a quick prairie trail.  That produced a new +1 (patience, we will get to that as soon as Ron has time to verify the ID).  We got back in the car and proceeded along the road.  As a summary, that refuge HAS IT ALL – prairie, marsh, pond, wooded, field etc.  Their auto tour takes you through every one of those locations and right up to the edge of the marsh/ponds.  If you are a birder, recommend getting your butt up there.  You will not be disappointed.  The Black Tern encounter here was at the first pond we came to.  Also turns out I was able to get another +1 at that spot as well.  +2 and bettered my previous shots of the Tern – definitely worth the time we took to get there (even the extra time due to Linda being lost ha). 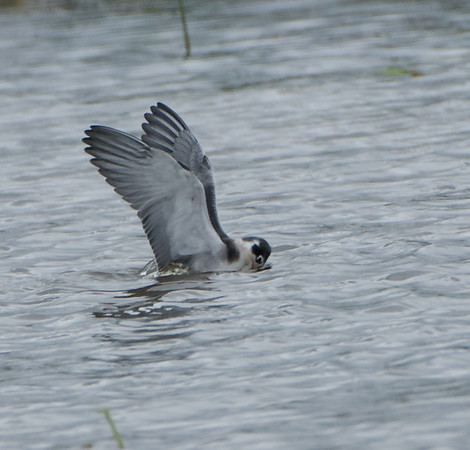 The initial sighting was at a distance similar to my first encounter at Goose Lake – pretty far away.  Luckily, their hunting patterns moved them closer to the road giving me ample opportunity to get some good shots in the tin.  The first shot was a result of it deciding to fly directly over my head.  My favorite shots has to be the sequence you are in the middle of.  Without seeing the back better, it is difficult to say whether this is a juvenile or a non-breeding adult – my lean is to the latter.  Talk about getting head first into your hunting.  Pretty sure it missed based on the last shot below – still quite the experience and now captured for me to recall whenever I wish. 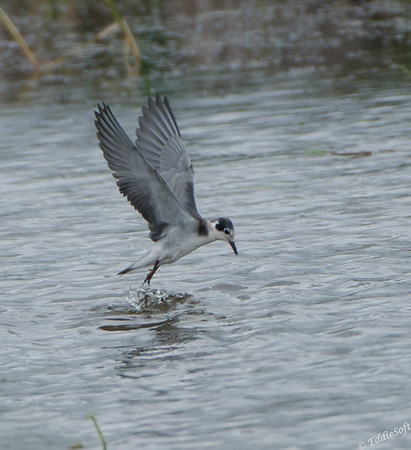 I do have to give credit to Linda for being my wingman.  She sat patiently in the RV while I took shot after shot of the Tern and then close to another hour shooting the previously mentioned +1 – you never want to blow the shots of a new bird on the list, so extra time was taken making sure there was at least one in the tin worthy of showing off to my loyal readers.   By then, the Black Terns were hunting the far waters.  Not sure if you have had the pleasure of a Black Tern encounter yet.  If not, one characteristic that has always intrigued me is their ability to suspend themselves in one spot while they zeroed in on their prey.  Very similar to a Harrier or even a Hummingbird if you are familiar with those references.  These particular Terns were only demonstrating this over the far portions of the pond.  Went ahead and snapped a few just to capture the trait. 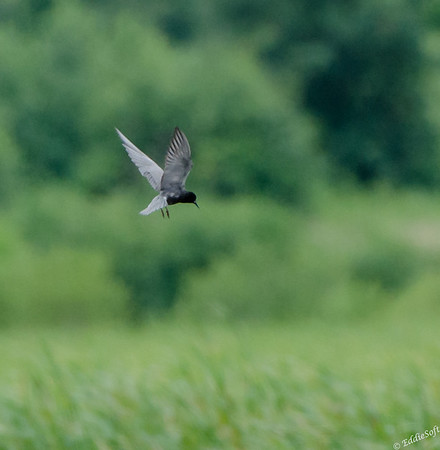 One of those traits a photographer loves to see.  The other being the statue like poses from the shore hunters like Great Blue Herons. Looks like I am officially out of shots for this post.  Hope you enjoyed this episode of As the World Terns.  Take it easy everyone and for those dealing with the elements in Texas – STAY SAFE and continue to demonstrate what it is like to actually care for and help your neighbor – the world could use more examples of that right now.

4 comments on “It’s Their Tern”