First off let’s all give Ron a big Happy Birthday!  I have no idea why he is aging so fast while I, the baby of the family, remain frozen it time in my late 20’s.  Quite amazing really and owe it all to the miracle of running.  Ron on the other hand sports the 0.0 magnet on the back of his vehicle and can tell you all about the pterodactyls he used to photograph on his birding outings hehehehe.  Let it be known one of the best things about being the baby of the family … you ALWAYS get to make fun of your older brothers on their birthdays without repercussions.  I imagine Ron reading this post and looking like this… 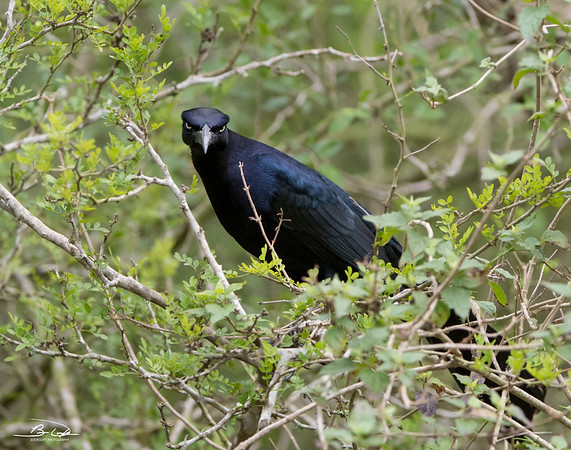 Wait, this isn’t what Ron is looking like, rather EVERY bird he comes into contact when we are out birding together.  It is well documented that birds typically hate him for some unknown reason.  My theory is he is a CAT person.  Natural born killers I say.  Maybe I should put together a post of birds attacking him – I think you would get a kick out of it 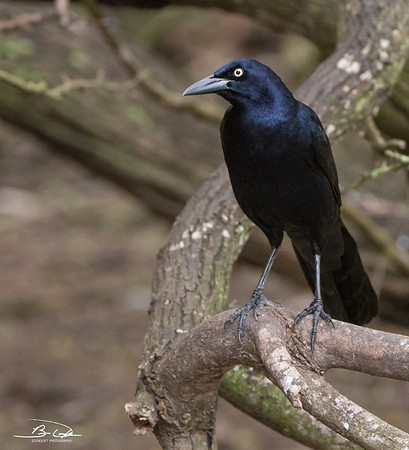 Hit the jump to see a few more pictures of this real life angry bird.

Meanwhile I should probably get focused back on the post at hand.  For the last post of September and an official check of the self-imposed monthly post quota, I bring you one highly disgruntled bird. I have a lot of pictures of the Great-Tailed Grackle from our multiple trips down the Texas Gulf Coast.  This specific series of shots were taken at Laguna Atascosa National Wildlife Refuge.  Out of all of them, I do not think there is a single shot where it doesn’t look totally pissed off.  Maybe it is the overall black coloring and the piercing yellow eyes or more likely having to put up with all the Green Jays (link here) emitting such a constant racket that drives them nuts. 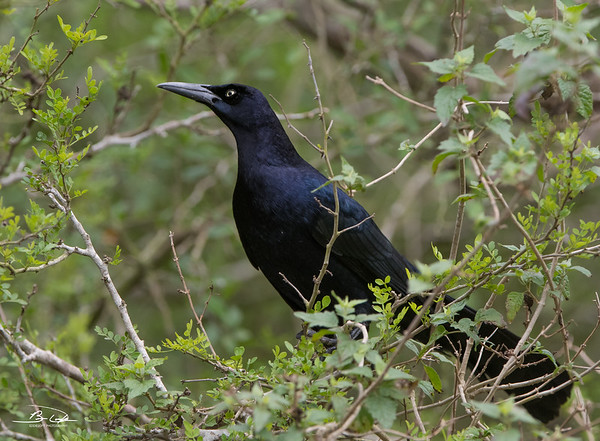 They really do not have much to complain about when it comes to vocalizations.  These Great-Tails have a piercing call themselves.  Even Cornell refers to it as a “shrieking high-pitched whistle”.  Best comparison I have is someone slowly letting the air out of a balloon.  Spend too much time around these Grackles and you will be reaching for your own bottle of Tylenol.  Kudos to the rangers at the Laguna visitor center.  They have an area just off the left side with halved oranges and seeds where these Great-Tails congregate along with the raucous Jays.  In case you were wondering how these birds were named check out the train on these birds. 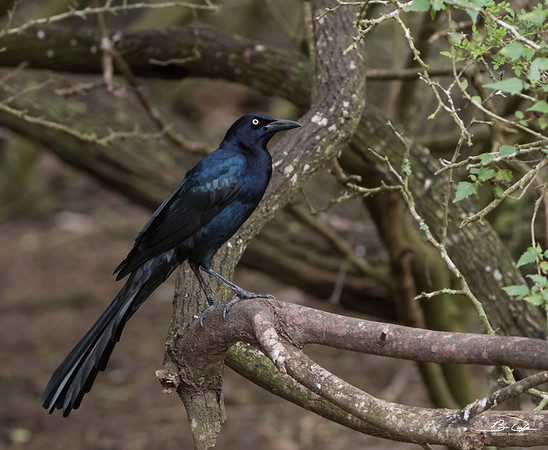 Relatively huge compared to the normally tailed Common Grackle we see around here.  The tails on the Great-Tailed variety have deep V’s built into their length where the Common keep theirs in a flat profile.  Don’t worry though, you even though size characteristics are usually only useful when compared side by side, the difference from the Great-Tailed to the Common is so dramatic you will have no problem distinguishing even if the others are not around.  The Great-Tailed has a more restrictive region which covers all of Central America and then up into the southwest of the US.  Outside of that area and Florida you are probably stuck with the Common variety. 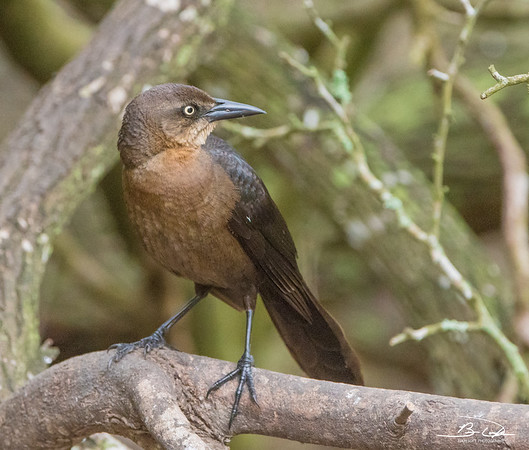 Per the Florida comment earlier, there is one species of the Grackle that you can confuse the Great-Tailed with.  Covering most of Florida and along the southeastern coastline is where the Boat-Tailed Grackle hangs out.  As you can probably guess, the Boat-Tailed possesses a similarly large tail with a V shape as well.  Admittedly, it would be difficult to tell them apart beyond the regional separations if it wasn’t for one very distinguishable characteristic if you can catch them in enough light. 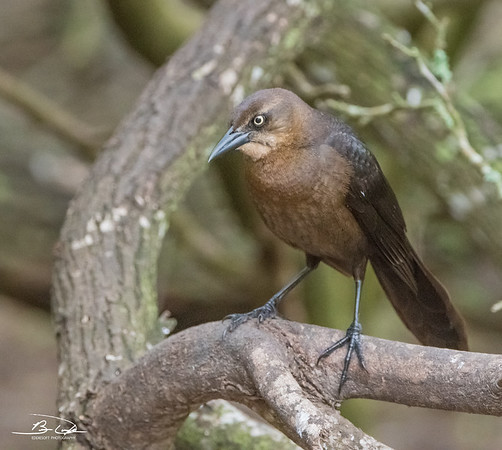 The Boat-Tailed Grackles have a dark eye that can be difficult to discern from the rest of the dark feathering on the head.  Contrast that with the bright yellow eyes of the Great-Tailed.  Always good when there is a field discernible distinction between two similar birds.  If only the brown Sparrows were each given a unique eye coloring. 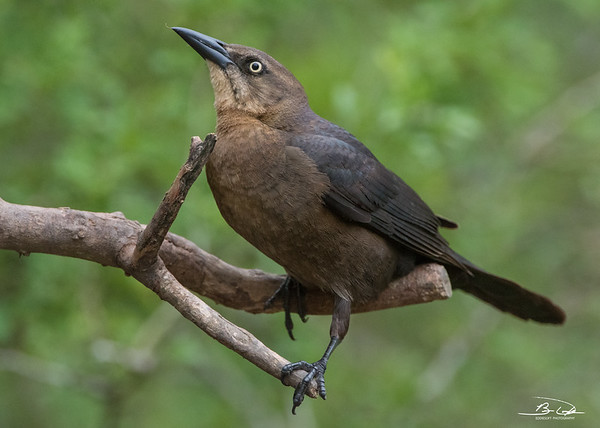 I assume you were able to tell the difference between the males and the females above.  Didn’t have a shot of both of them together in this series, but if I did you would be able to tell the females are about half the size of males.  By the way, noticed on Cornell’s interesting facts page, the Great-Tails can form flocks up to half a million along the Rio Grande Valley.  Holy Crap! – hey Ron, you might want to stay away from that area, that might turn deadly if they spot you ha!.

Take it easy everyone, see you again on the other side of the calendar page.